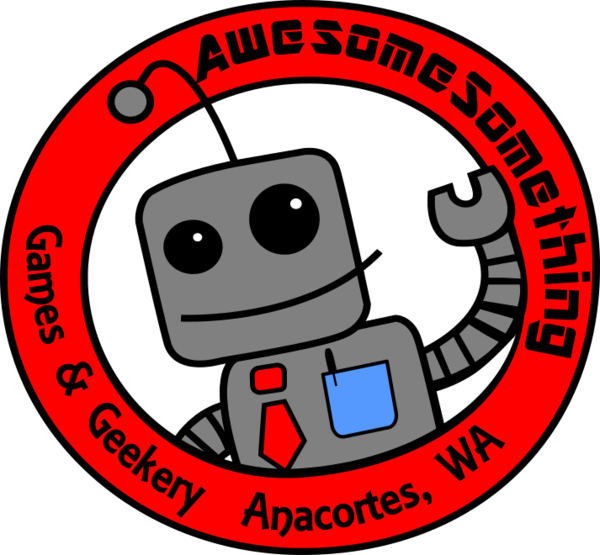 Why shop with us? We are a veteran owned business. We take pride in having an open community of players and friends. We sell games and collectibles, but the good times and conversation are free.  You can't get that from Amazon. 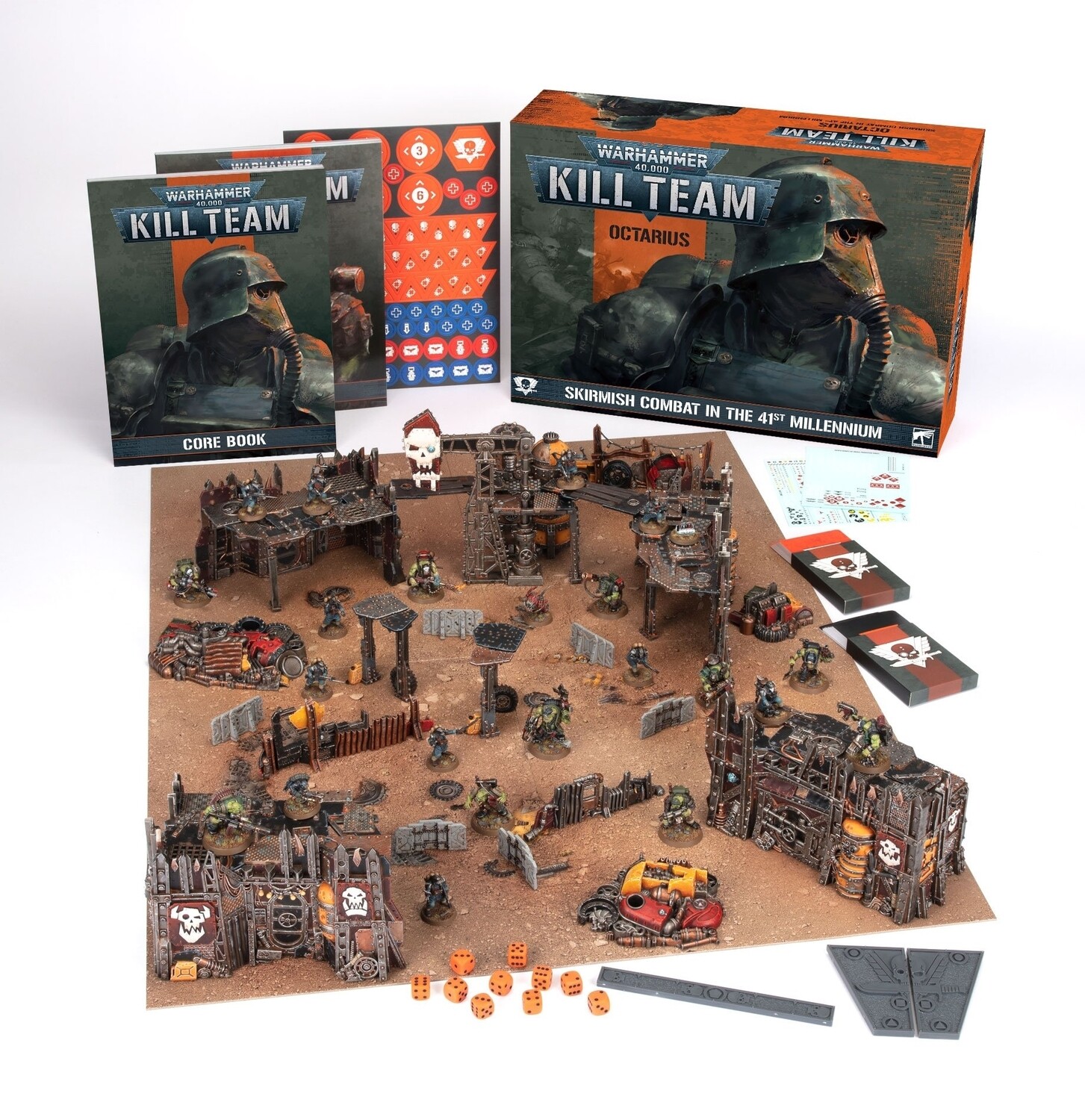 A rogue Inquisitor’s gambit has failed. Hordes of Orks and Tyranids, set against each other in hope of mutual destruction, only grew stronger and now threaten to spill out of the Octarius sector into surrounding space. Only the desperate actions of highly specialised kill teams keeps their rampage in check, but they are not the only ones skulking through the shadows. Elite operatives clash in close confines, engaging in furious firefights and deadly duels, and the fate of billions hangs in the balance.

The new edition of Warhammer 40,000: Kill Team has been redesigned from the ground up as the greatest tabletop skirmish experience yet, and Kill Team: Octarius is the perfect place to start your campaign of clandestine missions. This incredible boxed set includes two full kill teams – Veteran Guardsmen of the Death Korps of Krieg and cunning Ork Kommandos – alongside all the rules, terrain, and accessories you need to start playing.

1x 144-page Kill Team Core Book: Learn your way around the brand new Kill Team with this tome of clear, concise rules for matched play, open play, and narrative play missions. Alongside the rules, you'll find pages packed with lore introducing the dark and gritty world of Kill Team and insight into both the Collecting and Gaming sides of the hobby.

1x 96-page Kill Team Octarius War Manual Book: Discover the background behind the kill teams included in the box, including rules for fielding them in games of Kill Team and a host of missions set within the rapidly destabilising Octarius sector.

23x Citadel Miniatures: Two full kill teams of Veteran Guardsmen and Ork Kommandos form the heart of Kill Team: Octarius, each featuring a wide array of customisation and alternate assembly options. Extra detail parts allow for deep personalisation of your kill team, with many models able to be assembled as multiple different kinds of operative. Each team also comes with a full transfer sheet with over 400 markings and emblems for customising your models.

17x Terrain Pieces: Create a ramshackle Ork shanty town with brand new ruins, platforms, and scattered refuse. The terrain represents the sorts of environments commonly found throughout the Octarius sector, and presents new challenges for even the most experienced Kill Team commanders.

3x Combat Gauges: The new edition of Kill Team uses a simplified measurement system to create fast, dynamic games. These combat gauges feature the new system’s symbols and are perfect for slotting into narrow gaps between operatives when a regular tape measure would be too cumbersome.

Additional Accessories: Get straight into the game with a double-sided game mat, two decks of 27 Tactical Ops cards, and 10 dice.

Save this product for later
Display prices in: USD